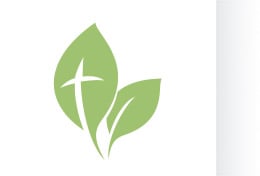 Rev. Gene Williams has been pastor at Parkers Chapel since January 1, 2008.  As an eastern North Carolina native, he attended East Carolina University as a Psychology Major before completing his education at Southeastern Free Will Baptist College, where he holds a Bachelor's Degree in Bible and Pastoral Theology.  He has served as youth pastor, educator, guidance counselor, and associate pastor in previous ministries both in North Carolina and Virginia.  Pastor Gene served as an Associate Pastor at Parkers Chapel from 2003 - 2007 before becoming Senior Pastor.  Known for his encouraging words and friendly personality, he has worked extensively in the area of counseling. He and his wife, Leslie, have three children: Faith, Grace, and Jonathan.

Originally from the mountains of east Tennessee, Sam Harris is the longest tenured Music Pastor in Free Will Baptist churches.  Since graduating in 1994 from Southeastern Free Will Baptist College, Sam has spent almost his entire ministry at Parkers Chapel. Sam is well known for being an accomplished musician on many conventional and unconventional instruments including the piano, organ, banjo, hammer dulcimer, crystal glasses, spoons, theremin and hand saw. Though known for his various musical abilities and gifts, Pastor Sam is a gifted teacher and counselor.  He and his wife, Anne, have three children: Preston, Danielle, and Nathan.

A Mississippi native, Robert Spruill has spent nearly thirty years in Christian school education, administration and church ministry. Robert came onto the Pastoral Staff in September 2009 to serve in the areas of outreach, evangelism, and education. Known for a servant’s attitude and a can-do mindset, Robert is constantly finding and aiding church members in need. He holds a B.S. in Education from FWBBC and a M.S. in Educational Administration from Pensacola Christian College. Robert and Jennifer have two grown sons and four grandchildren.

Born and raised in eastern North Carolina, Adam has worked in full time youth ministry since 2005 ministering in both North and South Carolina. Adam joined the staff of Parkers Chapel in June of 2016. He and his wife Cassie both completed their B.A. degrees at Southeastern Free Will Baptist College. Their desire is to help train the head and hands of youth so that students will develop the heart to faithfully serve their community, church, and above all, Jesus Christ. The Lord has blessed the Hinson’s with three children: Lillie Grace, Lorelai and William Davis.

Raised in Beaufort county, Joshua Horne joined the Parkers Chapel Staff in February of 2015 to serve as Elementary Children’s Ministry Director and Technology and Media Development. Joshua and his wife Juli are both 2011 graduates from Southeastern FWB Bible College. They have 3 children: Jocelyn, Liam, and Lyla.